“Anyone who tries to make a distinction between education and entertainment doesn’t know the first thing about either,” Marshall MacLuhan. 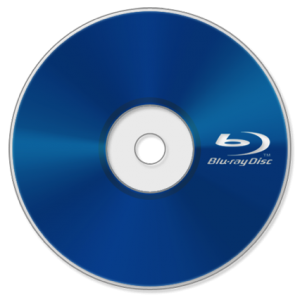 Blu-Ray disc technology (BD) is a step forward in the convergence of entertainment and information technologies. It arrives at a time when digital television is becoming the standard for broadcasting, and while digital format media have been around since the advent of the DVD in the nineties, BD offers an enhanced user experience, coupled with the core elements of information and communication technologies: interactivity, high definition display and surround sound, persistent storage, networking and Blu-Ray Disc Java (BD-J).

Although the first BD disc consumer devices were available in August 2003, the sole area of development to date has been in the area of entertainment, in the main providing enhanced DVD style authoring. Apart from a small group of Java forum members, there has not been a full exploration of the wide potential of this technology. This can be attributed partly to the high definition format war between HD-DVD and BD which only reached its conclusion in 2008. It can also be attributed in part to the high cost of entry into development for the format.

The specifications are published by the Blu-Ray Disc Association (BDRA) and released under commercial license. Authoring for this platform can be currently achieved by, amongst others, high end products such as Blu-Print from Sony, Do Studio from Net Blender and Scenarist from Sonic Solutions and, in a more conservative price range, the Adobe suite of authoring programs. These solutions provide the facility to create high definition material in a presentation type that is familiar from DVD authoring with some extra functionality. The real power that is provided by this platform comes from the ability to program the interactivity with BD-J, notwithstanding this there are products on the market which add extra functionality to the authoring suites such as Kaleidoscope by Sofatronic, onQ by Ensequence and BD-Converter.

Interactivity
It would be fair to say that Blu-Ray does not offer the type of interactivity, graphic experience, networking capability that we have become familiar with when dealing with computers. The significance of its contribution is that it brings these capabilities to the more familiar and, in many respects, more friendly environment of the family TV screen. Blu-Ray players are the first example of a fully-featured computer system forming part of a consumer-level entertainment system. Programming in BD-J, provides the possibility for development beyond the known structures in previous and existing media authoring. The functionality included in BD-J, such as secondary video, synchronised frame-accurate animation for graphics, local storage of data and networking, coupled with the use of high definition video and up to nine channel surround sound, enables content developers to create rich, highly-interactive, renewable, immersive applications. The security components allow for dynamic encryption thus providing greater protection for content owners.

What is being suggested is that Blu-Ray disc technology, or indeed the type of experience that it provides, has a place in the provision of education. The rich content offers an immersive experience and this coupled with the ability to program interactivity can provide an enhanced learning experience and I believe improve its effectiveness. In changing economic times we have need for people to change their skill set and there are strong indications that future skill requirements will create a need for people to refresh their skills continuously to keep abreast of advances in technology. So how can we increase the effectiveness of our educational interventions?

Modes of employ
There is evidence to suggest that otherwise accomplished students find it difficult to grasp the apparent complexities involved in programming. The situation exists where people proficient in one style of programming cannot easily migrate from one method of programming to another e.g. there are engineers who cannot grasp the concepts of object oriented programming even though the same people are well versed in procedural languages. This is a challenge that needs to be addressed within our education system.

In the main programming is taught by people who have a highly level of abstract reasoning. People who are naturally inclined to a discipline may find it difficult to relate to the progressive steps that are involved in developing proficiency in the subject. The concepts in programming require a high level of skill in abstract reasoning, and these many students find difficult to grasp. Over 30 years of learning programming languages and teaching the same, I have seen a large element of frustration in people taking on this learning curve.

There is a need in teaching programming to allow the student interact with the material and tailor the learning to suit their individual learning requirements. There are technologies available at present that offer this potential. Blu-Ray disc technology provides this for stored media. Efficient fibre optic ring such as the new technology developed by Intune Networks allows this in real time. Intune’s distributed telecoms switch based on Optical Burst Switching enables mass live simultaneous asynchronous communication with a data stream with negligible latency. This technology was recently demonstrated in Dingle Co. Kerry when a Snow Patrol concert was transmitted live to other locations and presented on multiple High Definition television sets, with the facility to view on personal devices such as mobile phones and laptops. Access to the stream is controlled by the supplier. This technology includes the potential to extend the reach and therefore the impact and efficiency of any presentation. Programmed interactivity can allow control of the rate of delivery, and initiate links to other topics which clarify or expand on the presentation to suit the needs of the individual learner.

Delivery response
In a recent survey which examined attitudes to the delivery of programming learning material and the usefulness of specific learning tools:

In summary an immersive, highly interactive environment, in which the students can control the delivery of the material is a useful learning aid, Blu-Ray disc technology offers a medium to present this whereas local high quality networks provide the potential for real time provision of the same.