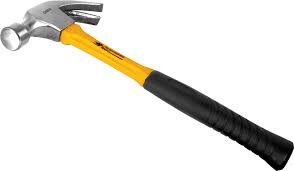 If you saw a child carrying around a hammer or even an adult carrying around a hammer and hitting things with it, one would be unlikely to say the person was a master carpenter or that the child would grow up to be master carpenter.  It would not be acceptable to say that a person who sits in a car all day, knows all about cars, as this is obviously not the case.  There is a substantial difference between a person who uses something and one who is capable of designing something. Indeed a  person who manufactures and sells a lot of  sweets, might be one of the richest people in the world where as a person who consumes a lot of sweets, is unlikely to benefit in the same way.

Parents and friends will, often be heard to, say about a person who spends a lot of time on a computer, that they are a genius at computers.  The truth of this is questionable.  Using computer systems, such as social media sites  requires straightforward skills that are easily learned by anyone. Understanding computers and designing systems for them requires a greater amount of learning and discipline. But it is work that can be very rewarding.  As Mark Zuckerberg, Bill Gates and Larry Page  can testify.

Mark Zuckerberg the founder of  Facebook’s vision of a completely open society controlled by the wisdom of crowd has moved a little closer to its goal by acquiring Zibbigo,  a speech to speech translation app, developed by a company, called Mobile Technologies, their goal was to  break through language barriers to open up communication between the people of the world.

Technology is one of those areas where individuals with a good idea and technical skill can make a difference. Larry Page in his speech laying out the future of Google, said that “Technology should do the hard work so people can do the things that make them the happiest in life”  and that “We should be building great things that don’t exist.”

To give our young people the best opportunity of taking the step to create great things that don’t exist in a way that adds to the health of society, We could teach them critical thinking and give them formal instruction in logic.  Thinking critically improves a person’s ability to understand and they are better placed to be able to see what is needed and then design systems.  It also improves their problem solving skills in other areas of life. It can be of great value to teach young people how to design computer systems and it is of value to teach them how to think logically.