It takes is a clear eye and a steady finger 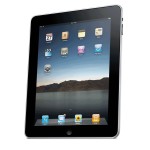 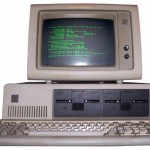 People often find the idea of learning computers an awesome task.  At the same time the majority of children have no problem using computers.  It is possible that there has been a sudden shift in intelligence levels in the population, from one generation to the next, but it is highly unlikely.

Perhaps the difficulty is historic. In the early days of computing, developers were so pleased to have attained functionality that litte attention was given to how difficut or how easy it was for a person to use.  The focus was on the computer system and its results, and less so on the user interface.  People undertook extensive training to learn to work as computer operators.

The people I trained on the computer courses in Ballyferriter in the early eighties had to learn a series of DOS and CP/M commands in order to do tasks such as word processing, copying files spreadsheets amongst other applications.

In fact, computers can be painstaking to use, they can be frustrating to use but the basic use of a computer requires three skills, the ability to read, the ability to move the mouse and the ability to click.  For word processing and other writing you will be quicker if you can type, but you can still do it, one finger at a time. Pads and smartphones and some computers now have even done away with the mouse , removing at least one skill from the required set.

Each and every application on a computer or a mobile phone is a system.  They way to become proficient is to learn the system. To use the system, you read the screen, and start an action by clicking the mouse or in the case of touch screens, pressing the screen.

There are millions of systems and each and everyone of them is being updated constantly to keep abreast of security risks. To become proficient will require practice but with a steady eye,  and a sturdy finger you can steer your way through.