Casting an eye on Windows 10 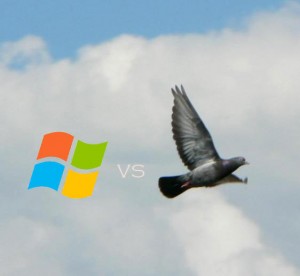 Windows 10 is the latest release in a series of operating systems from Microsoft the first of which was DOS, followed by  Windows 3.1, 3.11, Windows 95, 98, Windows Millennium, XP, Vista, Windows 7 and 8 and now Windows 10.  In the years here in West Kerry, I have worked with all of these systems and as each and every one was released they  brought a bit more functionality and in recent times improved  connectivity.  Windows 10 will streamline the users connection to Microsoft Cloud Storage.  They have also reinstated the start button, a welcome move for those who missed it in Windows 8.

Microsoft seem to be settling on Windows 10 it as the future operating system. To keep it up to date, Microsoft  will automatically distribute updates to all users of the system, which appears  to indicate that there will not be Windows 11 or 12, at least not in the near future.  Updates are a necessary part of modern computing as each operating system can contain weaknesses that are not obvious a teh time of release which are then exploited by hackers and virus writers.  To ensure the operating system remains stable, companies such as Microsoft send out updates, which will patch any weaknesses or flaws in the operating system.

As with any upgrade of  a new operating system, it is good practice to back up your computer and check if all your existing programs, printers and other devices will continue to work with new system.  The compatibility report in the Get Windows 10 app checks if your PC can run Windows 10. The report also lists any problems with your devices, apps, PC, and other important info you need to know before you upgrade.

In their new privacy statements it appears that Microsoft are adopting the model that is in use by the more recent IT giants Google and Facebook, which is to store and keep all the communications and choices that a person makes in order to provide, as the company says” a more targeted experience for the user” and for advertisers.  When the new privacy laws come into to effect in Europe, we should be able to know exactly what data Microsoft is storing on individual users.

The automatic updates might cause a problem for people who have a slow Internet connection as they will no longer have control of when the updates take place or if they want them at all.  Once you take the free upgrade Microsoft will upgrade the system as they see fit. As for the August arrival of high speed  broadband in Dingle, this has received a setback and will not be here until the end of October at the earliest.

Does  anyone know of anyone selling pigeons, I hear they are great for getting messages from one place to another? They are also unable to read the message that they are carrying.