Fionn Mac Cumhail and the Google of Knowledge

Was Fionn as cool as Google

Amongst all the thrilling entertaining and inspiring events that took place during the recent Feile na Bealtaine in Corca Dhuibhne, one vision has registered in my mind. As the fife and drum band were passing over Strand Street there was a woman standing on the side of the street with an Ipad in her hands. This Ipad had a brown leather cover and she was holding it up in front of her face. She was so effectively disguised that all that was visible was a woman’s body with a leather rectangle in place of her head. It was one of those moments.
The phenomenon of capturing events with personal devices such as phones, cameras and video cameras has been around for quite some time now, but recently it has reached a crescendo. The pleasure of attending a concert can interrupted and almost eclipsed by the hundreds of phones and cameras which are used to capture the live event. As considerate as this may be, in that these videos are shared with friends and others, it can be disconcerting to say the least for those who just went to the concert to see the performer. 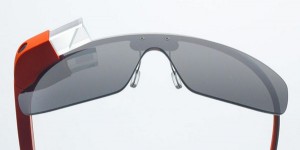 This may all become a thing of the past like brick sized mobile phones hair perms, flared jeans and side burns. A technology announced by Google in 2012, due to be available to buy in early 2014, is set to render hand held cameras unnecessary. You may have or will shortly recognise the few Google glass wearers on some streets.
 Google Glass is the first of its kind, a HUD, or Heads Up Display device produced for the commercial market. These devices have the potential to revolutionise the way people interact with the Internet. Smart phones provided access to the Internet on the go, this takes it one step further.
Google Glass is a small camera and projector and other processing equipment. It operates without a traditional screen, by projecting onto a prism which then reproduces it in the field of vision, so the information projected appears to be suspended in front of the eyes. It is operated by touching and swiping a controller on the stem of the glasses, as well s by voice commands. This is genuine Star trek territory and possibly the first of many devices, that will perform all the tasks that our computers can perform but do so using devices that are wearable by the owner.

It brings to mind the story of Fionn mac Cumhail and the Salmon of Knowledge. According to the tale, Fionn was tending to the salmon as it was cooking and a blister formed on the Salmon and as he was concerned that too much fluid would gather in the blister and dry out the salmon, he burst it with his thumb. In doing so he burnt his thumb and immediately stuck it in his mouth to cool it down. “He, who until that moment was as little troubled with knowledge as with care, and, as the saying is, “knew not a B from a bull’s foot,” the instant his thumb came between his teeth he felt as wise and prudent as if he were a hundred years old. All his future glories, all the failures of his foes, and all his own achievements flashed before his eyes”.

And here is the future flashed before our eyes. On a point of information, Google glass, will not forsee the future and flash it before your eyes, but it will display the information on the Internet, as Google sees it. The wearer of the Google glasses can also use the built in camera to take pictures and videos and add them to the great store of information on the Internet.
So maybe the 18 year old Google, is our Fionn Mac Cumhail, somehow, I don’t think so. But this technology might bring that woman’s face back into view of people on the street.