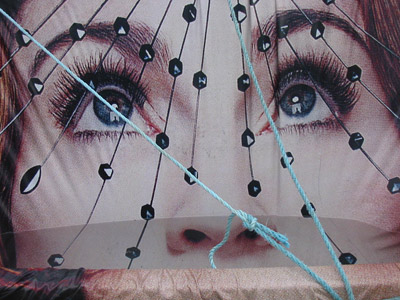 Halloween is a time when people indulge their fear of spirits and ghouls. When children do their damndest to frighten the life out of people , both young and old, calling to doors demanding treats with the threat of tricks if the treat is not delivered.  Well, here is a scary computer story.

It all started with a message on the screen which said “the contents of your hard disk have been encrypted, please send €3000 to me and I will release your data”. Maire looked at it in disbelief, laughed, stared at the screen for a while, started the browser, went on Facebook, shared her story with her friends and then returned to work.  The job of the day was to get the company accounts to the accountant, it was that time of the year.    She tried to open one  file and then a second and each time the same message was

displayed on the screen.  Frustrated but still confident of finding a solution she turned once again to Facebook with a question, “does anyone know anyone who can deal with this message”, comments over the next hour,  returned various suggestions ranging from start it in safe mode to contact my brother, to names of computer shops.  The term trojan was mentioned a few times.

Maire had just been to see the film and remembered the story of Helen, how she was stolen and how her husband and brothers supported by  all of the Greek nation, who were honour bound to defend her, undertook  an epic journey to engage in battle with Paris.  The presence of this Trojan horse was the key to the overthrowing of Paris, the downfall of Troy and the return of Helen to her husband.  Maire quite fancied the idea of a whole country coming to her rescue, should she be in trouble, but still did not quite relate the trouble she was having accessing her accounts files with a wooden horse in the ancient city of Troy.

She googled Trojan, everything from.trojan horse virus to trojan swimming appeared in the search results.  She discovered that the heroic tale has given name to a far less heroic type of trojan that plagues the world of computer users .  That trojans and their variants have been around for a long time, they are in fact not viruses as they do not spread from computer to computer instead they are placed on the computer by an email or by visiting a rogue site.  Her curiosity awakened,  her eye caught the word ransomware, she followed the hyperlink  and learnt that a particularly nasty trojan variant had been detected on computers in Ireland.  Alerts regarding it had been distributed by the security company Eset in Wexford. This piece of malware, encr ypts the contents of your hard drive, most particularly user files, and demands money for the return of your data

It all sounded very familiar, she rang Freda in the local computer shop, who had heard of it and outlined the steps to restore from the backups. This sent a shiver up Maire’s spine.  In front of her eyes she could see, the reminders, the questions from the boss, it was screaming in her head, “Backup”, it was on the list of things to do, she just had not got around to it.  What with less people working there, since the recession started staff numbers were down by 3 people.  Snapping back to herself she mumbled about one from last year, but she knew what she needed. The fix required removing all the contents of the hard disk, programs and data and the only data that could be restored would be data that was stored on a separate backup.  Without the backup Maire had to go through all the paper files again to prepare the accounts and spent Halloween in the office. Needless to say the whole country were not in there with her.