It has to come through the Pipe !! 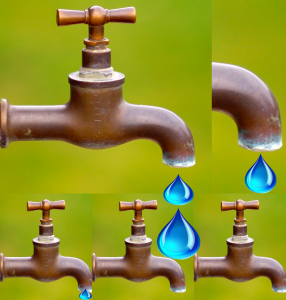 Who would have foretold the extent of present day use of the Internet and the way it has grown since the world wide web was invented in the 1990’s. It can be said that the Internet is as important as a water connection to any  businesses in the west of Ireland.  Even though it is so important, there are a lot of people who are unhappy with the quality of their connection and  who do not quite know what they are paying for and if they could do better somewhere else.

To understand connectivity and communications infrastructure, which is what is used to deliver the Internet to our homes and businesses, it  is useful to think of it like a water pipe.  So much will flow throw the pipe over a certain time. A water pipe of one inch will allow you to run 5 to 8 taps, satisfactorily where as a pipe of half an inch will allow you to have 1 or two taps.  There just is not enough water flowing through the half inch pipe to give sufficient flow, to make it workable for more than one or two taps.

We don’t have a choice with water which was supplied to us up to now by the County Councils and will be supplied, in the future,  at a charge by Irish Water. They will control and maintain the infrastructure through which water is delivered and will charge us for the privilege of washing ourselves.

So it is with Internet connections, the data flows through ‘pipes’ going to and from your computer, television, gaming console , phone, pad and any other device that is connected to it. These connections which I am calling ‘pipes’ are owned by many different companies such as 3, Meteor, Vodafone, Eircom, Kerry Broadband and SKY.  The Internet connections differ a little from water pipes in that you don’t have your own ‘pipe’, you share it with others, this is called the contention ration.  So you could easily have 18 people sharing the same connection and each of those 18 people might have a collection of devices that are all using the connection. This means at times your Internet connection will slow down just because the pipe is already full and your request has to wait.

Now for the technical bit, The National Broadband scheme in the last upgrade in 2012 guaranteed to provided us with 2.3 Mbps to 10 Mbps with a contention ratio of 18:1, so if a person is getting the lowest speed of 2.3Mbps and there are 18 other people using it they will each get a small part of it.  Now this would be fine if everyone was just sending and receiving text emails, but downloading a video film with a size of 800MB, at this connection speed would, at a guess, take 14 hours.

In reality not everyone uses the Internet at the same time and also many films are less than 800 MB in size, but it goes to show why Internet speeds can be slow.  More  and more people use the Internet so the infrastructure needs to be upgraded to continue to provide a proper service to the Kerry residents.  The Government say that they have it in hand and that most small villages can look forward to efibre with speeds of between 20Mbps and  100 Mbps, which would download the same 800 Megabyte film in anything between 1 and 5 minutes.  In an ideal world all this would work.

None of the above takes into account all the people who visit the area and bring their own mobile broadband connectors with them. It raises the question, are they all running off the infrastructure that was designed for the much smaller full time population, and if so what can we do to ensure that everyone has a decent connection, in the winter or the summer.

It reminds of my early days working in Dingle. During the early 80’s there were two particularly hot summers, 1983 and 1984, I had just landed in town and was staying at Benner’s Hotel for a month.  The water source and pipes  to the town were not  sufficient to meet the demand and so the water was cut off  between 10 and 5, on many days, to ensure there was enough water to go around.  This provided a lot of extra stress  for the managers of Benner’s Hotel Mr & Mrs Eade with a full house including 22 Americans who wanted to shower three times a day.  In Ireland, at the time, most of us were happy with the bath once a week.

P.S. The website www.callcosts.ie has information and some tools, which will help you work out the best value connection for your home